Models of Inclusion Part II | Self-Organization in the Informal Sector 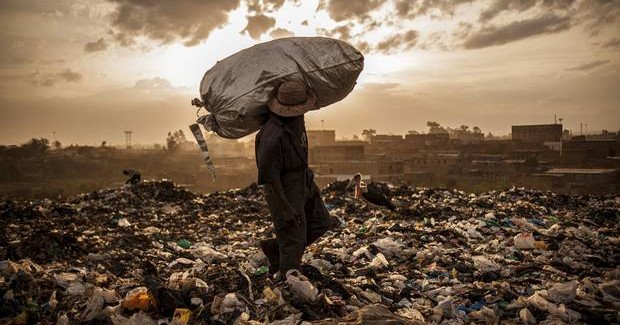 In the 1980s, waste-pickers in Colombia faced the most intense forms of social stigmatization and attack. A group of vigilantes, intent on ‘socially cleansing’ the urban landscape, began to launch targeted attacks on what they perceived as unclean elements — whom they referred to as ‘disposables’ —  including waste-pickers, beggars and prostitutes. The violence reached a culmination in 1992, when eleven corpses of waste-pickers, harvested of organs, were found at a university in Barranquilla. To this day, the 1st of March is celebrated as Global Waste Pickers’ Day in remembrance of the massacre.

Author:
Kavya Balaraman
This article is part of a series on informal waste.

In comparison, the Colombian informal waste sector enjoys a much higher degree of respect today. Since the 80s, this sector has witnessed a massive overhaul; there has been a high degree of self-organization, first in terms of forming collectives and cooperatives and then — at a higher level — a conglomerate called the Asociación de Recicladores de Bogotá (ARB), a network of around 9000 waste-pickers. This overhaul gave the informal sector the capacity and momentum to bargain in the political landscape. Now, the municipality of Bogota has outsourced a significant portion of the waste management process to the ARB.

The process of self-organization within the informal waste sector is a phenomenon that has grown organically in the last three decades or so. It has also played a huge role in integrating waste-pickers and scrap-dealers into formal waste management models. In our last blog, we wrote about models of inclusion that different cities are adopting vis-a-vis their waste-pickers. Without the formation of structured cooperatives, however, these models would hardly have been possible.

Historical Perspectives | The Beginning of Cooperativization

Almost all developing countries have waste-picker cooperatives. A study indicates that the oldest came together in the 1990s. Many of these were formed in response to specific problems. As the demand for recycled raw material grew in the developing world, industry norms began to favour middlemen for the simple reason that they were easier to deal with: they ensured adequate volumes of materials and took care of primary processing steps such as baling, crushing and sorting. This preference, however, gave middlemen a vantage position from which they could control the flow of material, and exploit the waste-pickers who provided it to them.

Most cooperatives were created as a response to this exploitation. By operating collectively, waste-pickers and smaller scrap-dealers attempted to increase their income and better their working conditions — something that would have been impossible without some form of collaborative action.

Currently, waste-picker cooperatives are particularly active in Latin America and Asia. Brazil has strong networks of cooperatives centred around most of its urban centres; in fact, Rio alone has around 14 groups with over 2000 members altogether. An industry association called CEMPRE has also been formed, and conducts activities like creating educational kits and publishing a monthly newsletter for waste-pickers. In Argentina, the scavenging sector has grown steadily because the increasing costs of imports are pushing more and more manufacturers to rely on recycled raw material — and exploitative middlemen. There are around 14 cooperatives in Buenos Aires, some of whom are employed by the municipality. Similarly in Mexico, a group called SOCOSEMA was formed in 1975 in response to a particularly monopolistic middleman. Waste-picker cooperatives are also prolific in Asian countries like the Phillipines and Indonesia.

Interestingly in recent years, cooperatives have also formed international networks such as the Latin American Waste Pickers Network (formed in 2005) and Women in the Informal Employment: Globalizing and Organizing (WIEGO).

However, bringing together groups that are as diverse as these informal waste networks isn’t an easy task. In fact, many of these cooperatives faced fledgling problems, some of which persist even now — internal hierarchies, organizational issues, lack of efficient leadership, disputes over transparency and so on. Cooperatives also face issues because of a lack of capital, in terms of infrastructure and space, without which they cannot expand their scale.

Despite these problems, the cooperative model has been immensely helpful in allowing waste-pickers to better understand their earning capacity, access information and bargain for fair working conditions. With collective efforts, including protests and organized strikes, they have managed to achieve legalized status within the municipal system, access to waste and even benefits such as health and childcare. The formation of cooperatives has also allowed the sector to become more productive, since individuals can now pool resources like equipment and storage, as well as aggregate material for higher prices.

The most impactful consequence of cooperativization, however, is that it has provided a platform for collaboration with municipalities. Urban authorities, who previously found it difficult to engage with the informal sector because of its fragmented nature, can now communicate with them much more effectively. This is what eventually led to the partial or total outsourcing of public waste management to the informal sector in certain cities.

As mentioned in our previous blog, different countries follow different models of informal sector integration. Brazilian cities have taken various steps to include waste-pickers in formal methods of waste management. They have implemented a series of policies to better their living conditions as well as leverage their experience as waste collectors. Colombia — a country where waste-pickers were previously murdered and mutilated — also granted legal recognition to their cooperatives.

Another country that changed its political perceptions of the informal waste sector post cooperativization is Argentina. Until the early 2000s, waste-picking was illegal according to a municipal ordinance. However, with the financial crisis in 2002, a combination of unemployment and demand for material led to the formation of a large community dependent on salvaging. Less than a decade later, waste collection duties in Buenos Aires was outsourced to waste-picker cooperatives, and policies supporting them were introduced.

Although India hasn’t been as progressive on this front as other countries, there are instances of integration. The first example that comes to mind as a successful example of cooperativization is Pune-based SWaCH, which has currently been contracted by the Pune Municipal Corporation to provide collection services to a portion of the city. Local scrap-dealer and waste-picker associations also exist in other parts of the country. In fact, a lot of the Chennai-based kabadiwallas whom we’ve been speaking to belong to labour associations, that are specific to locations like Alwarpet, Mylapore, Thiruvanmiyur and Taramani. This membership overlaps with larger associations with a wider reach, such as the Chennai Pazhaiya Porul Pathugaapu Nala Sangam and the Tamil Nadu Vanikkar Amaipu.

Cooperatives seem to be the perfect platform for a deeper and more long-term engagement with the informal sector. In fact, if Indian cities were to move towards more inclusive models, these cooperatives would play a crucial role in incorporating informal elements in formal waste management mechanisms.