5 Lessons My Students Taught Me About The Sharing Economy 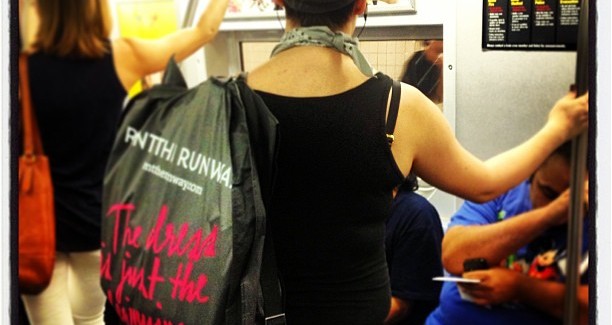 As the end of the year quickly approaches, I started pondering what I’ve learned this year about the sharing economy. I decided to ignore for a minute what I’ve read this year and focus on a resource I’m always keen to learn from – my students.

Last October, 31 of my undergraduate and graduate students at Parsons School of Design took part in a ‘Buy Nothing New, Share Everything Month’ project, aiming to explore the behaviors and values of millennials in the context of consumerism and the sharing economy as an economic alternative model. In the project, students were asked to buy nothing new (other than food and absolute necessities) for one month and to look at the sharing economy for solutions and inspiration to meet their needs.

This hands-on project was a great learning experience for the students and for me, too. What did I learn exactly? Here are five of the more interesting lessons I’ve learned from my students:

1. The sharing economy is strongly perceived as eco-friendly

The reality, however, is that the jury is still out, not to mention that it might be difficult to come up with a decisive answer as the sharing economy is a relatively broad space. As Juliet Schor notes: “Despite the widespread belief that the sector helps to reduce carbon emissions, there are almost no comprehensive studies of its impact. At this point, they are long overdue.”

Whether this perception is accurate or not, it does play a part in making the sharing economy more attractive to millennials – more than 70 percent of the students mentioned ‘reducing my consumption/carbon footprint’ as an aspect of the sharing economy that is of interest for them.

2. Millennials have a complex relationship with shopping and sustainability

I have to admit that I’m still not sure how a love for shopping and caring about sustainability could co-exist in a person’s mind, but apparently this is the state of mind of many millennials.

While it’s not the first time I’ve seen these seemingly contradictory findings, my conclusion is somewhat different this time. In the past, I assumed this is a fight sustainability can’t win as this is a struggle between the right thing to do (sustainability) and the thing you love to do (shopping). Now, however, I think there might be a way for sustainability to have the upper hand through peer-to-peer platforms, both formal (ThredUp, Yerdle, AptDeco) and informal (clothing swap parties), as well as company-to-peer platforms (Rent the Runway). These are (or could be) far more sustainable, but could still tap into the brain’s reward center at the same time.

If these platforms will figure out how to activate “key areas of the brain, boosting our mood and making us feel better,” or in other words learn how to create a dopamine rush in our brains, they could become sustainability’s most effective Jiu-Jitsu maneuver in its fight against reckless consumption.

3. Sharing works inside buildings, not in the streets of New York

While we tend to focus on formal sharing economy platforms and the value they create for people, it is important to remember that informal platforms also deliver substantial value. One project in particular was illuminating. Graduate students were asked to create a neighborhood exchange box to explore reciprocity between neighbors, asking: How do we bring our streets to life and create interactions and exchanges between perfect strangers?

This project began in Europe. My students found that in New York the answer might differ between the streets and inside buildings. While all the boxes that were placed in the streets didn’t survive more than a couple of hours before they mysteriously disappeared, the ones placed inside residential buildings not only survived, but also created interesting interactions between neighbors and, in some cases, continue to operate to this day. Feedback from other assignments also got me to realize that small and close environments like a residential building, workplace or university campus are far more promising for informal interventions that help people who live or work together to interact and share. The streets, on the other hand, at least in large cities like New York, are still too suspicious about such informal types of the sharing economy.

4. Trust is still an issue, even for millennials

This quote of one of the students says it all:

“The most difficult challenge I had to face was trusting the sharing economy platforms. Living in NYC and growing up, you’re always taught not to trust strangers. While living in a place like NYC, trusting a stranger isn’t the easiest thing. In fact it’s probably the last thing people would want to do. But this challenge has made me more willing to trust than I did before. I’m not completely there as I thought I was. But I know I’m not complete shut off to this side of the economy like I was before.”

5. It’s time for the sharing economy to shift from its American mindset

While the sharing economy is becoming global, it is still very much influenced and culturally led by an American mindset. This way of thinking has its pros, but also many cons as it usually ignores the points of view of many millennials living in developing countries with diverse cultural background and economic circumstances.

As one student mentioned during the project:

“I was born and brought up in India, and over there we have very strong and closely-knit families. When we are kids, we generally have a common room and we end up sharing most of our things, clothes and even space. It was interesting to start that lifestyle all over again in New York.”

This mention reminded me of the need for the sharing economy to be more diverse and truly reflect the heterogeneity of millennials across the globe. Otherwise we’ll end up again with exporting American way of thinking to the rest of the world, only to wonder eventually once again why it doesn’t work out that well.

Click here to register for this panel. Circular business models are sometimes seen as niche or high risk. We are continually asked to explain the benefits, present case studies and to lay out the business[...] END_OF_DOCUMENT_TOKEN_TO_BE_REPLACED
Jan
29
Fri
2021
12:00 pm Consumers and their Ability to D...
Consumers and their Ability to D...
Jan 29 @ 12:00 pm – 1:00 pm

Have we established new norms owing to the lessons learned from COVID-19? Will refill, loop, and other packaging formats take hold in our supermarkets? Will we drive less or drive better? What lessons can we[...] END_OF_DOCUMENT_TOKEN_TO_BE_REPLACED
Sign In