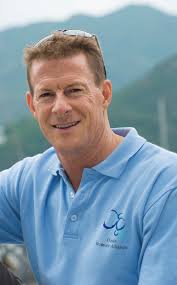 Doug Woodring is the co-founder of the Ocean Recovery Alliance, which is focused on bringing innovative solutions, technology, collaborations and policy together to impact positive improvements for the health of the ocean. Two global preventative projects on the issues of plastic waste were announced at the Clinton Global Initiative in 2010: the Plastic Disclosure Project, and the Global Alert platform. Doug co-founded Project Kaisei which led a science expedition to the North Pacific Gyre with Scripps Oceanography in 2009, and was recognized as a UN Climate Hero and a Google Earth Hero for its efforts. Ocean Recovery Alliance is now one of the first NGOs to be working with both the United Nations Environment Programme (UNEP) and the World Bank on their respective ocean programs aimed at the reduction of plastic pollution in our environment.

He is the founder of the Plasticity Forum, first launched at the Rio+20 Earth Summit, and since in Hong Kong. Doug has worked in Asia for the past 20 years in a number of industries which have been at the forefront of technology within their sectors, mainly related to the environment and new media platforms.  He also spent four years in the asset management industry and set up the framework for a Global Environmental Technology fund in 1998 with Merrill Lynch.

The COVID-19 pandemic, the war in Ukraine, and the changing global economic order are disrupting supply chains of the critical minerals we depend on. The accelerating transition to solar photo-voltaic, electric vehicles, and their battery[...] END_OF_DOCUMENT_TOKEN_TO_BE_REPLACED
Sign In