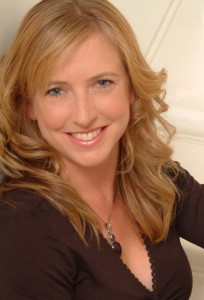 Roz Savage is a British ocean rower, environmental campaigner, and keynote speaker. She holds four world records for ocean rowing, including first woman to row three oceans: the Atlantic, Pacific and Indian. She uses her ocean rowing adventures to inspire action on the top environmental challenges facing the world today.

A latecomer to the life of adventure, Roz worked as a management consultant in London for 11 years. The ocean has forced her to develop courage, tenacity, perseverance, and the strength to transcend self-imposed limits.

An accomplished and inspiring keynote speaker, Roz has spoken to tens of thousands of people across six continents. Past engagements include the Royal Geographical Society in the UK, the National Geographic Society in the US, the TED Conference and the Vail Symposium, as well as numerous corporate speaking engagements.

Roz Savage is a United Nations Climate Hero, and an Athlete Ambassador for 350.org. She is a Fellow of the Royal Geographical Society, an International Fellow of the Explorer’s Club of New York, and has been listed amongst the Top 20 Great British Adventurers by the Daily Telegraph. In 2010 she was named Adventurer of the Year by National Geographic.

The COVID-19 pandemic, the war in Ukraine, and the changing global economic order are disrupting supply chains of the critical minerals we depend on. The accelerating transition to solar photo-voltaic, electric vehicles, and their battery[...] END_OF_DOCUMENT_TOKEN_TO_BE_REPLACED
Sign In