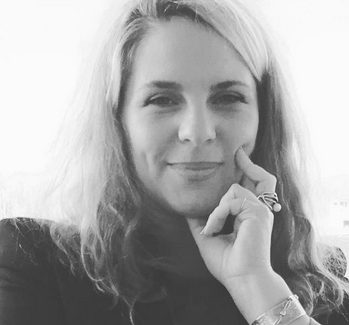 Alisa Shargorodsky is a Zero Waste Consultant and the Founder and CEO of Reverent Resident. She is driven by passion in her field to improve urban centers and support communities in developing a stronger understanding and commitment to resource preservation. Alisa has several years experience working with a variety of companies and  organizations, supporting them with a full systems analyses, and assisting in behavior modification which results in 90% diversion rates. Alisa lived and worked in Fort Collins, Colorado. While at Green Logic, she held the position as Outreach coordinator and Compostable ware accounts manager from 2006-­‐2010. Prior to that, she worked with Village Earth; a consortium for village based development.

In 2011 Alisa returned to the Philadelphia area, where she is originally from and attended the University of Pennsylvania. Her most resent research involved a team of twenty research volunteers who assisted in an audit of four commercial corridors throughout the city of Philadelphia. The goal of the study was to illustrate spatially, specific commercial behaviors which lead to a burdened Metabolism. The study collected data from more than 400 food service establishments and she believes that Global Information Systems and data analytics can be used by cities around the world to improve source reduction and further the development of circulation systems aimed at prevention of single use materials.

The COVID-19 pandemic, the war in Ukraine, and the changing global economic order are disrupting supply chains of the critical minerals we depend on. The accelerating transition to solar photo-voltaic, electric vehicles, and their battery[...] END_OF_DOCUMENT_TOKEN_TO_BE_REPLACED
Sign In