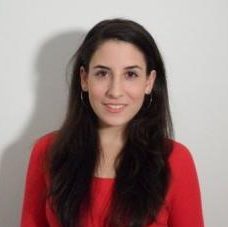 Demetra Tsiamis is the Associate Director of the Earth Engineering Center at the City College of New York (EEC|CCNY). Ms. Tsiamis manages all applied research programs at EEC|CCNY sponsored by operating companies and industry consortia in the field of sustainable waste management and conversion. Her expertise is in thermal conversion of waste with a focus on gasification and pyrolysis of non-recyclable plastics. Ms. Tsiamis is the lead engineer at EEC|CCNY on several research programs on waste conversion for companies and organizations such as Covanta and the American Chemistry Council. Ms. Tsiamis also participates in the public outreach efforts of EEC|CCNY to form research partnerships with government agencies and municipalities, one of which is the Department of Sanitation in the City of New York.

Ms. Tsiamis received her M.S. in chemical engineering from Columbia University and her B.E. in chemical engineering from The Cooper Union for the Advancement of Science Art with a minor in environmental engineering. Her Master’s thesis at Columbia University investigated the technical feasibility of commercial pyrolysis technologies in the treatment of New York City’s non-recyclable plastics. Prior to joining EEC|CCNY, Ms. Tsiamis worked as a field engineer for Langan Engineering and Environmental Services in New York.

For many years we have measured the performance of waste management systems and services through weight-based targets and metrics (%recycled or % diverted from landfill etc.). Still, more recently, there have been attempts to help[...] END_OF_DOCUMENT_TOKEN_TO_BE_REPLACED
Sign In