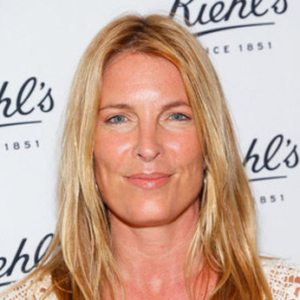 Prior to founding the the nonprofit organization, Recycle Across America® in 2010, Mitch Hedlund had over 20 years experience in communications and branding, serving Fortune 500 companies, as well as small to mid-sized companies. She has relied heavily on those communications and branding disciplines when developing the society-wide standardized labeling system for recycling bins.

Mitch’s passion is to improve the economic viability of recycling and closed loop manufacturing to thereby expedite environmental progress. She created the first and only society-wide standardized labeling system and Recycle Across America® and Recycle Across the World® to achieve that goal.

The standardized labels are being adopted by industry brand leaders such as The Disney Companies, Bank of America, Subaru, Whole Foods Markets, NBC Universal, Hallmark, Sony, Facebook, and many others. The standardized labels are also now being utilized by states, cities, airports, counties, 6,500 K-12 schools, many universities and colleges and by globally recognized federal operations, such as the National Park Services, beginning with Yosemite, Denali, Grand Tetons, Sequoia, Kings Canyon with others to follow.   The standardized labels will also be used at the 2018 Super Bowl.

To date there are nearly two million standardized labels in use and the labels are dramatically improving recycling levels and reducing contamination.

Mitch is a frequent contributor to articles on the subject of recycling and the environment, including Forbes, NY Times, USA Today and industry publications. She is an ongoing national and international speaker, including providing the keynote presentation at the European Union’s Environmental Summit in Brussels and the U.S. Zero Waste Conference. Mitch has also been the chairperson for highly relevant national conferences such as the American Packaging Summit.

The COVID-19 pandemic, the war in Ukraine, and the changing global economic order are disrupting supply chains of the critical minerals we depend on. The accelerating transition to solar photo-voltaic, electric vehicles, and their battery[...] END_OF_DOCUMENT_TOKEN_TO_BE_REPLACED
Sign In