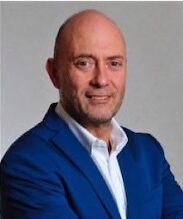 Rodrigo’s 25-year career in waste management began in France, and continued in Chile where he managed national waste and recovery programs across several industry sectors as a Veolia Environment executive. Rod established his consulting practice in 2010 to play an active role in in the establishment of Chile’s new Environmental Producer Responsibility.

Rod has been actively involved in Chilean EPR since its introduction in 2010. He has worked closely with the Chilean Environmental Agency and major industry producers –  initially to develop the nation’s EPR Law Framework – and more recently, to advise Government and Industry on the implementation of EPR Law relating to Chile’s 6 priority products (packaging, WEEE, Tyres, used oils, car batteries and batteries for electronic devices).

Rod’s keen interest in international EPR and Product Stewardship best practice, and how these can be applied in Latin America has extended his network across the globe, where he engages with authorities and Product Stewardship organizations in the EU, Canada, Australia and USA. He is member of ISWA (International Solid Waste Association) and permanent member of Working Group Governance & Legal Issues.

Rod graduated as an Industrial Engineer from the Pontifical Catholic University of Chile and holds an MBA from Lleida University, Spain.

The COVID-19 pandemic, the war in Ukraine, and the changing global economic order are disrupting supply chains of the critical minerals we depend on. The accelerating transition to solar photo-voltaic, electric vehicles, and their battery[...] END_OF_DOCUMENT_TOKEN_TO_BE_REPLACED
Sign In