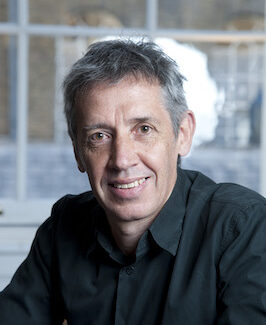 Trewin Restorick is Founder and CEO of the charity Hubbub UK www.hubbub.org.uk which transforms the way environmental messages are communicated by bringing people and organisations together as a force for good. In 2020, Hubbub won Charity of the Year and Trewin was recognised with a Leader of the Year award. Trewin has a track-record of creating successful environmental enterprises including PaperRound a flourishing recycling business and Global Action Plan a long-established environmental charity. These enterprises were created built on experience gathered through roles he filled at Friends of the Earth where he was Director of Fundraising and at Plymouth City Council where he supported the creation of new social enterprises. Trewin is a frequent media commentator on environmental issues and was trained by Al Gore as one of his climate change ambassadors. He is currently an environmental advisor to a Tetra Pak, the Esmee Fairbairn Foundation and the National Lottery Climate Fund.

The COVID-19 pandemic, the war in Ukraine, and the changing global economic order are disrupting supply chains of the critical minerals we depend on. The accelerating transition to solar photo-voltaic, electric vehicles, and their battery[...] END_OF_DOCUMENT_TOKEN_TO_BE_REPLACED
Sign In