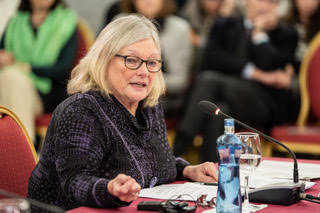 Jo Beall is Emeritus Professor and Distinguished Policy Fellow at LSE Cities, London School of Economics and Political Science (LSE). Formerly Director of Education and Society on the Executive Board of the British Council; she was also Deputy Vice Chancellor of the University of Cape Town (UCT) and Professor of International Development at the LSE. She is a specialist in urban development and urban governance, including in cities in conflict affected and fragile states. Her work on urban services has focused largely on solid waste management. She has worked in cities in Africa, Asia and Latin America. Professor Beall is a Fellow of the Academy of Social Sciences and was awarded an Honorary Doctorate by the Open University.

For many years we have measured the performance of waste management systems and services through weight-based targets and metrics (%recycled or % diverted from landfill etc.). Still, more recently, there have been attempts to help[...] END_OF_DOCUMENT_TOKEN_TO_BE_REPLACED
Sign In