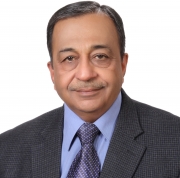 Dr. Rajesh Chadha is a Senior Fellow at CSEP, Center for Social and Economic Progress. He was formerly a Professor & Research Director at NCAER. He has worked extensively on regional and multilateral issues pertaining to international trade. His other areas of interest include foreign direct investment and agricultural markets. He has provided research support to the Indian Government on multiple projects. He has also played a key role in the research projects sponsored by the Governments of India, Australia, and the UK, and various international organisations.

He was the Managing Editor of Margin: The Journal of Applied Economic Research, NCAER’s international, peer-reviewed journal from 2012 to 2019. He has been a Visiting Scholar at the Universities of Michigan, Melbourne, and Monash, and Visiting Faculty at many prestigious academic and research institutes in India. He was nominated as GTAP Research Fellow (2004-2007) by the Global Trade Analysis Project, Purdue University, USA.

He received his Ph.D. in Economics from the Indian Institute of Technology, New Delhi.